We've been working hard on our next project, a game called Spire. Now that our design of the game is starting to come together, we'd like to share some details about it. In this article, we give an overview of the game, as well as discuss our goals for the design and feel of Spire.

Spire is an FPS about ascending a monolithic tower of unknown origin. The internals of the tower are in a constant state of flux: its structure is different on every journey. While exploring this mysterious place, players will encounter myriad dangers and illusive secrets; they must use their wits and limited resources to climb as high as possible. 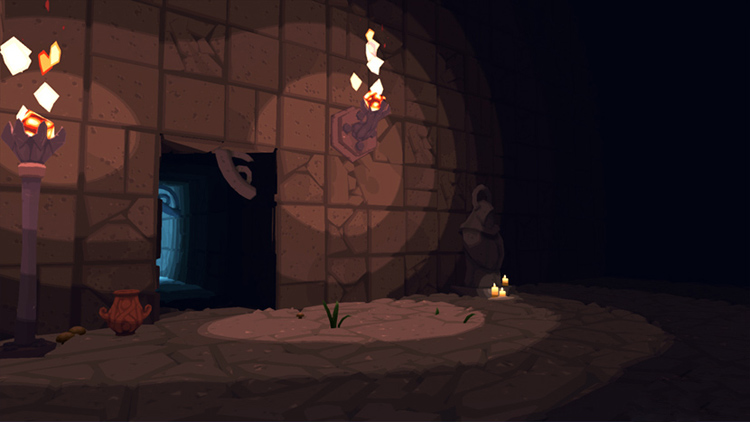 Environments and the transitions between them tell a story. In Spire, we want to keep this in mind in order to create a procedural level generation that has flow and character. If the generator has created a dangerous, frantic sequence with lots of combat, it might think to then generate a scene with lower intensity to better control the emotional arc of the experience. In this way, Spire does not randomly generate levels, but rather curate an intentional experience. The resolution of the generation is very high: there are no premade rooms or scripted events. Everything, from the placement of the books on a shelf, to the shape of the walls and floors, will be generated with intention.

Although Spire is a fantasy game, we don't want people to think of goblins and elves. One thing we've talked about a lot as a team is the opportunity to come up with non-standard creatures and items. When players encounter a new enemy, it should feel like a frightening and unfamiliar thing. Likewise, by making the items strange and unexpected, the experience of finding a new treasure is heightened - it becomes one of mystery as well as reward. 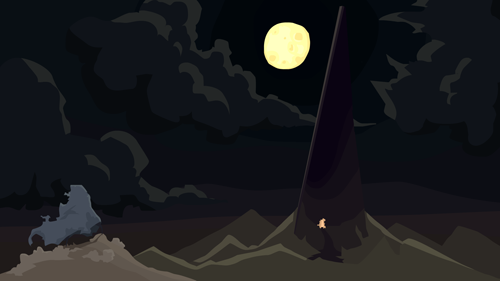 We want Spire to exude a sense of exploration and mystery, but also promote flashy and skillful play. In our discussions about game design, we tend to agree that the "best" way to play a game should look and feel cool. We had a similar philosophy in Dustforce, where we aimed to have the most efficient play style overlap with the most stylish. On Spire, one of our goals since the beginning has been to create an FPS movement system that feels snappy like Dustforce, incorporating walljumps, wall sliding, and other advanced techniques. The level generation will result in scenes that demand mastery of all sorts of skills, not just running and aiming.

Players will also have access to an unusual variety of items in the game. A huge part of the mastery will be figuring out novel combinations of the left- and right-hand items to overcome different challenges. Some items will be movement focused, some will change the environment, and some will be for protecting or healing yourself. We want to make Spire a game where it's fun to watch extremely skilled players as they sprint around dashing off walls while switching items and combining their effects in clever ways. It's a joy to watch really good Quake 3 CPMA players, to see them combine trickjumping and weapon switching to pull off majestic moves - we want to let people achieve comparable levels of skill.

Players can generate random spires with a seed input, or compete on leaderboards for mastery of a "weekly spire". We want the offline mode of the game to serve as the non-competitive mode, or as practice for the ranked challenge, while the ranked mode will be a hotly contested battle for the top-scoring slots. As well as a standard leaderboard, there will also be "burdens" that a player can take on at the beginning of a run to make their challenge even more difficult. Each burden will have a separate leaderboard, so that in a week it's possible for everyone to compete on the same tower in a variety of categories.

We're well into the development of Spire, and can't wait to show people more! In future articles, we plan on discussing in depth our gameplay and aesthetic design choices, as well as details about technical issues behind the game.