Welcome to the new Hitbox Team blog! Now that Dustforce is finished, what's next from Hitbox Team? In this article, we lay down a roadmap for the things to come. Come read about a new update, Dustforce in the new Humble Indie Bundle, and our new new project.

It's been just eight months since the release of Dustforce. Since then, we've released a Mac version, built up a custom map community, and fixed bug after bug. We're releasing our last major Dustforce update today –

it includes Linux support, the final two difficult maps, and various bug fixes. Coinciding with this update is our release on Humble Bundle 6! Get Dustforce, the soundtrack, plus a bunch of other games, all for the low price of x dollars.

Our financial goal with Dustforce was to make enough money to work on the next game. Well, we're happy to say that we've met that goal (and that we plan to share our sales data in a future article). We're putting all our earnings from Dustforce into building a new, ambitious project, on which we'll have more details in our next article. 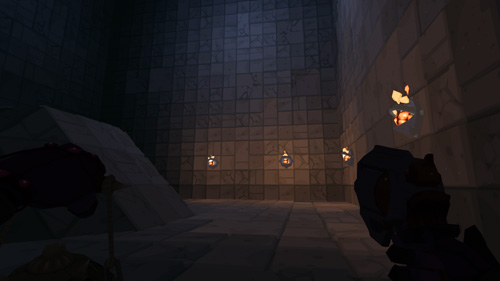 The purpose of this blog is for us to write articles on game design and development, in the context of that new project. We don't want this to just be a development diary of the game's progress: we are going to write articles that are interesting to laypeople and valuable for developers. Hopefully they will help enlighten readers about some of the deeper principles behind game design.

Creating Dustforce has been an arduous but rewarding experience. We'll be releasing a postmortem article that describes what went right and what went wrong. So keep an eye out for our future posts, as we plan to share some of our learnings. And of course, as we wrap up development with Dustforce, we plan to stay active in the growing mapping and speedrunning community. Thanks for all of your support, and as always, you can get in touch with us at contact@hitboxteam.com.